If you are currently engrossed in the ITV crime drama Safe House, then the eagle eyed amongst you may have spotted that St Helens made an appearance in episode 3 which aired the other week.

The opening sequence was filmed at Carr Mill Dam.

A derelict garage at the old United Footwear site on Carr Mill Road can also be seen (about 25 minutes s in) when Lane (the estate agent) is putting a sign up.

Portacabin scenes were filmed in Watson Street Works in one of the old warehouses.

The series stars internationally renowned British actor Stephen Moyer (True Blood, The Bastard Executioner, Shots Fired) as charismatic yet impulsive ex-police officer Tom Brook who runs this season’s police safe house, which stands at the edge of the sea on the rugged coastline of Anglesey, a wild and beautiful sanctuary.

Stephen is joined by actress Zoë Tapper (Mr Selfridge, Lewis) as his partner Sam. The drama has been written by Ed Whitmore (CSI, He Kills Coppers) and Tracey Malone (Born to Kill, Rillington Place) and directed by Marc Evans (Safe House S1, Collision).

Tom and Sam’s world is turned upside down when news of a shocking crime breaks. Years previously Tom investigated a series of abductions perpetrated by an assailant known as ‘The Crow’, who took wives away from their husbands as they helplessly watched.

On hearing breaking news of a crime bearing the same hallmarks Tom heads to the crime scene, revealing to the police that, terrifyingly, he believes the Crow is active again. 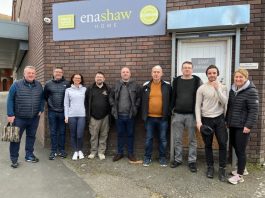 Create a reverse advent calendar for those in need 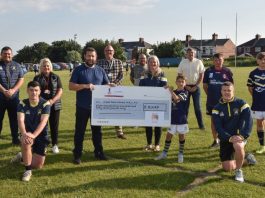