The weekend was a special one in the Striders racing calendar not for racing themselves, but for hosting their own Striders 5 mile trail race round Sankey Valley on Sunday. For the third year running now the event has taken place and couldn’t go ahead without the wonderful help, support and time that the club members themselves that they give up to help volunteer and marshal the course to ensure its a success.

The route is very technically challenging underfoot; yet despite this and for the second year running Matthew Crehan won the event; breaking the course record by 20 seconds with a superb time of 29:09! Young athlete Matthew winning the St.Helens Striders event is very apt, due to his grandfather Jim Crehan founding the running club back in 1984. The club paid tribute to Jim who sadly passed away in August aged 87.

A few extra Striders did manage to race also at the weekend, including Angela Jones completing the Manchester Airport duathlon in a time of 1:09:28. The Cheshire 10k at Arley Hall was completed by Rob Andrews in a PB time of 44:23 with Jenny Appleton compleating the course also.

More photos from the event can be viewed in the Flickr album below. 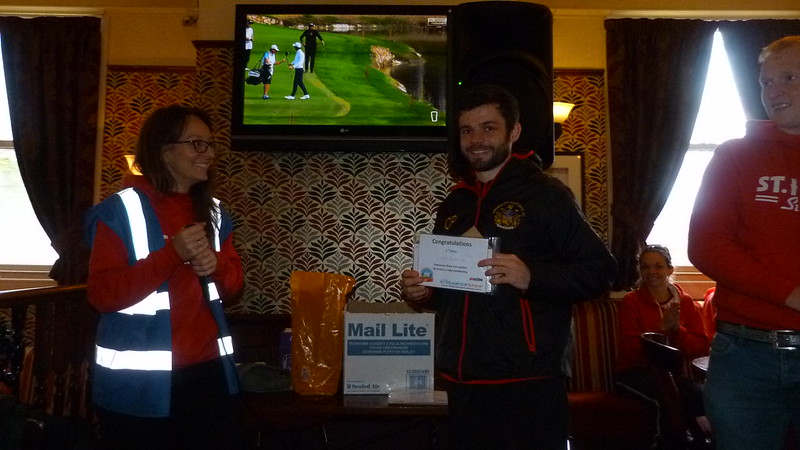 Main photo – The strider team at the end of the Strider 5Mile trail they hosted.