Nine-year-old Orlaith Kimber, who attends Chapel End Primary School in Billinge, has won a national competition to design a Christmas card for NSPCC and Childline.

The competition, run by the Daily Mirror, received many many entries, but it was this bright and cheery picture of a snowman which caught the eye of their judges and is now being made into a card to be sold in aid of the Christmas appeal for the NSPCC and Childline.

Her Mum, Annie Danne, 49, is thrilled Orlaith’s artwork will be make into our charity Christmas card. She said: “We always donate money to children’s charities so the NSPCC is close to our hearts.

“Orlaith will be gobsmacked and over the moon that someone liked her design.”

You can buy the brilliant card right now via the NSPCC card shop on www.nspcc.org.uk/cardshop and the money raised will help save the lives of children in peril.

Annie says both she and her mother had seen the Mirror’s Christmas card campaign on the same day but it was Orlaith’s gran who encouraged her to enter.

“We had both bought the paper and my mum said that Orlaith should have a go at entering because she’s go good at art,” she said. “It’s a lovely surprise that she’s won.” 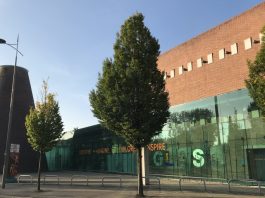 St Helens Library to reopen for essential computer use and click...