Striders Out in Force for Cross Country Opener

For many, autumn conjures images of the season of mists and mellow fruitfulness. But for St. Helens Striders, it is the season of mud, blood and thunder as the North West Cross Country League makes its return to the weekends.
The first fixture of the season took place under fresh and glittering skies at Beacon Park, Upholland, which were in stark contrast to the quagmire underfoot after a long period of rainy weather. As ever, its places and team points that matter in cross country rather than times, so the strong Striders team set out to face the hills and the mire of the Beacon full of positivity.

First Strider home was the peerless David Wilson, who made light of the brutal course to power the vertiginous final hill to the finish in 12th position overall. Returning from injury, Kane Green ran a careful race in the ankle deep mud to cross the line in 33rd place. Next was the ever consistent Mark Riley to claim 42nd place with Ian Chisnall breathing down his neck the whole way to finish in 45th. Phil Lawrenson and Anthony Ellis both finished inside the top 100 to complete the scoring for the team competition.

For the ladies, Rachael Fairclough was once again the star perfomer as she finished in 3rd place – a great first race as she prepares to represent her country in November. Kylie Barlow produced another excellent display to cross the line in 19th, while Rach Wilcock proved a superb addition to the club in her debut race as a Strider, delighting her new teammates with a 24th place finish. Cutting a dash with her new pink hair, Susan Kerfoot was 4th Strider home, while the unflinching Wendy Davies soldiered on despite a badly cut heel to follow Kerfoot across the line.

A band of Striders diced with death as they took on the unique challenge of the ‘Beat the Reaper’ 10K in Croxteth. First to avoid an untimely end was Eric Ranson, racing around the course to earn a 9th place finish in an impressive 41:30. Graham Jones, in his trademark fluent style, was close behind in 42:19 with Danny Fegan also running strongly in 44:00. Tony Padmore was another to dodge the Reaper’s scythe, completing the course in 46:06.
Performance of the day, however, came from Gerry Shaw who finished 5th in the ladies race with an excellent time of 48:08.

Gary Eccleston and Nicky Donovan travelled to Lytham for the Green Drive 5 Mile Race. The pair continued their recent streak of PBs with Eccleston clocking a fantastic new best of 37:29 and Donovan also securing a new best mark of 42:29

Globetrotters Katie Taggart and Pete Medlicott travelled to the east coast of the US for the Brooklyn Marathon. It was an outstanding performance from Taggart, who earned a huge new PB at the iconic 26.2 mile distance as she came home in 4:16. Her remarkable display also gave her 5th place in her age category in a huge field of athletes. Taggart’s great friend Medlicott was with her every step of the way to finish just one second behind.

The St Helens Striders Train on a Monday and Wednesday Evening from the Ruskin Sports Village on Ruskin Drive in Denton’s Green. The warm up starts at 6:50pm and the prearranged training plans start from 7pm. All Abilities Welcome! 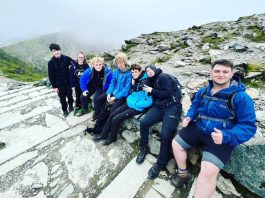 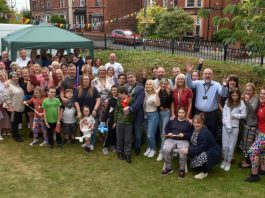 Library Strategy to transform services to the public