JC’s hosted a terrific event at the fabulous Mercure Hotel, writes Jon-Jo Doherty, Boxing Correspondent. JC’s has become a well established amateur boxing club, on Jackson Street St Helens. The fantastic setting of the Mercure Hotel induced even more excitement into a team already brimming with confidence. JC’s saw 17 of their fighters take part in all 17 bouts. The first 4 bouts were skills contests designed to establish good techniques and a baseline for all eventual boxers. They’re none-scoring, but untold experience can be gained in these affairs. Leon Hoban, Riley Dwyer, Alfie Langley and Bodean Kindon gave heart and soul for JC’s in the 4 skills contests. They were warmly received by a generous crowd.

The atmosphere was building as Tyrone Price took to the ring. He fought like a Trojan, skilfully catching his opponent on several occasions. Tyrone deservedly won and got JC’s off the mark. The team went from strength to strength, as Caden Hughes entered the ring. Yet again the young maestro created so many angles, skilfully weaving his magic, and making the time and space count. He not only won the fight, but was crowned with the prestigious boxer of the night award!

Tyler McIntyre mechanically saw off his opponent. This young man is known for his fast pace and never ending reserves of energy. He delighted the home crowd to yet another win. Next up was the effervescent Cole Roughley, who persevered with patience and wisdom beyond his age. Cole tactfully found chinks in his opponents guard with another win. JC’s were on a roll, and you could tell this from a pounding raucous atmosphere. The boxing community were at large, and fighters had travelled from as far away as Carlisle to take part in the show.

Tyler Bednarczyk, in his first fight for JC’s, delighted family and friends with a spectacular win. He fought Callum Boswell from Stubby’s gym in Oldham. It never looked in doubt, as Tyler tenaciously fought off a valiant effort. Owen Hunt was up next, and impressed again with further success. JC’s George Jackson punched the air with delight, as he conquered the defences of Jamie Keaney, fighting out of Solly’s gym in Liverpool.

And to finish off a night of absolute magic, it really couldn’t have been more touching a tribute to see John Chisnall’s grandson, Alex Chisnall take to the ring. The club is named after John Chisnall who coached some of St Helens’ finest, including the most successful boxer St Helens has enjoyed for a while, in the shape of Martin Murray. The fans ramped up the atmosphere as Alex Chisnall took to the ring. His grandfather would have been proud of him as he fought like he’d been boxing all his life. A new comer to the sport at 23, he delivered the greatest tumultuous support of the night, as he bagged a magnificent, truly memorable win, picking up the Harry Ashall memorial trophy. It brought the curtain down on a spectacular evening of live amateur boxing. 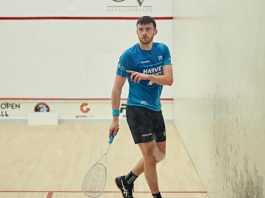 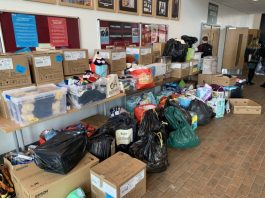 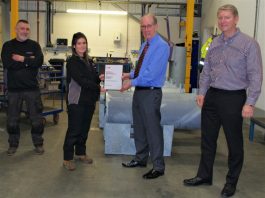