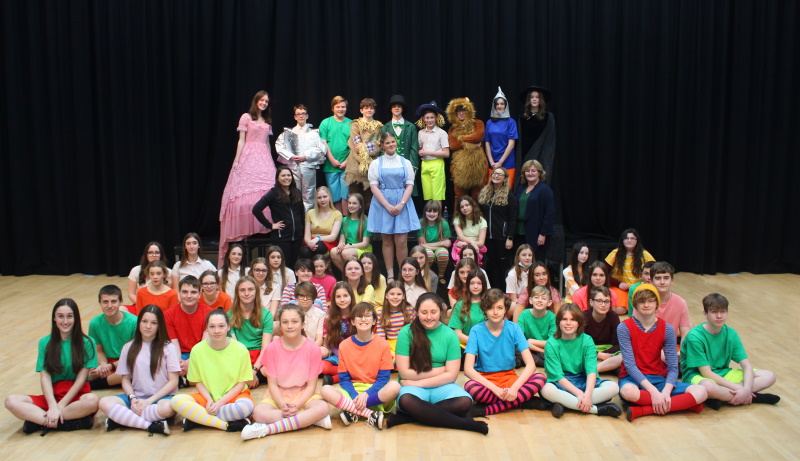 80 talented students from Rainford High will be taking to the stage as part of a double cast production of the Wizard of Oz in March.

Set to be the biggest production to date, students from across all year groups are excited to perform for the local community after the school was unable to hold its annual show last year, due to the pandemic.

Due to the sheer amount of talent, the performing arts team has decided to double cast three of the production’s major roles.

Year 11 student Katie Wrangles said: “I think it is so popular this year because we have missed being part of a show and being able to do something normal and fun.”

The play will take place in the school’s auditorium and will run from Tuesday 15 March to Friday 18 March.

Year 8 student Jacob Sayer said: “The whole school production was one thing I really looked forward to joining when I came to Rainford High. I was disappointed when we couldn’t do a show last year because of COVID.

“I am so glad I can be in it this year, and I am even more excited because I am one of the Tinmen!”

Taking centre stage as Dorothy will be year 11 student, Isla Burrows, who has been part of the school’s productions for the last five years.

Isla said: “I was so happy when I found out I had got the role, I actually screamed with excitement!”

Curriculum manager of drama at the school, Helen Gillard, said: “We are extremely excited to be able to put on The Wizard of Oz this year and showcase our talented students.

“We were disappointed not to be able to put on a show last year and so this time around we are really going all out. Audiences should expect to be wowed!

Helen added: “We like to ensure that everyone plays a part in the production, whether that is on stage or behind the scenes, as this supports our school ethos of ‘Everyone Matters, Everyone Helps, Everyone Succeeds.”