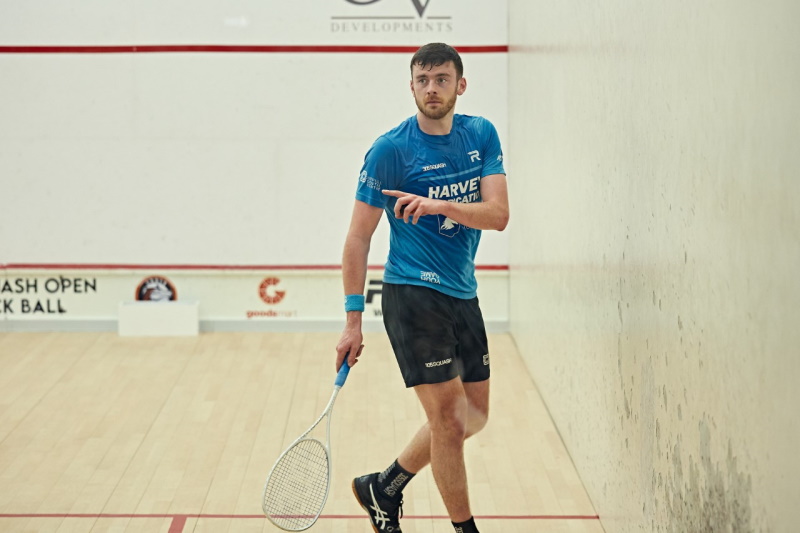 Spring 2022 has been good for Patrick Rooney : not only has the 24 year old from St.Helens received his first call up to the full England Squash Team but, for a period of time this year, he also achieved the prestigious England Number 1 position for the first time. ‘Although I’ve now moved to number 2 in England, the chase is back on – I’m determined to secure that top position and to put in a great England performance’.

In less than 6 months ( October 2021 – March 2022) , Patrick, from Blackbrook, jumped a massive 17 ranking places to become number 25 in the world. The former St Augustine of Canterbury student is typically modest about his own ambitions: “Ultimately, I would love to be the world number 1 – that’s got to be every squash player’s dream but my immediate goal is to break into the World Top 10 positions. Squash is no different from any aspiration in life – you simply want to be the very best that you can be”.

John Newton, Chief Coach at Capitol Squash in St.Helens – where Patrick began his career- said: “from a young age, Patrick had a really special talent: his determination, court awareness and shot selection were formidable. Realistically he could be the World Number 1 in the next few years.”

Although Patrick is now based in Pontefract, where he is coached by former World Number 1 – James Willstrop, he frequently returns to St. Helens to support his old club. Recently, Patrick and fellow squash professionals hosted an exhibition evening at Capitol Squash to help raise club funds. Chairman, Keith Hughes said: “We are proud to have played a small part in Patrick’s career. It speaks volumes that he is always happy to return to his old club to help us out. Patrick is a very modest lad and thoroughly deserves all his success.”

The European Team Championships take place in Eindhoven between 27 – 30th April. Team England intend continuing their successful track record at the Championships – from the tournament’s beginnings in 1973, England’s men have won the title 41 out of 47 times, and the women 40.

‘It really is a dream come true to represent England at senior level ’says Patrick: ‘ I can’t wait to make my debut at the forthcoming European Teams and take on some of the best squash nations in the world. England has an amazing track record at team events and I’m really looking forward to pulling on the England shirt, giving it my all and doing my country proud.’

Ways to Work employment and training centre opens in Earlestown